IPL colleagues have appeared on BBC One’s Supermarket Secrets to explain the steps we take to ensure our produce remains fresh for Asda customers.

Mike Rudge, our Citrus Technologist explained how we’re keeping mould to a minimum and maximising shelf life of citrus. 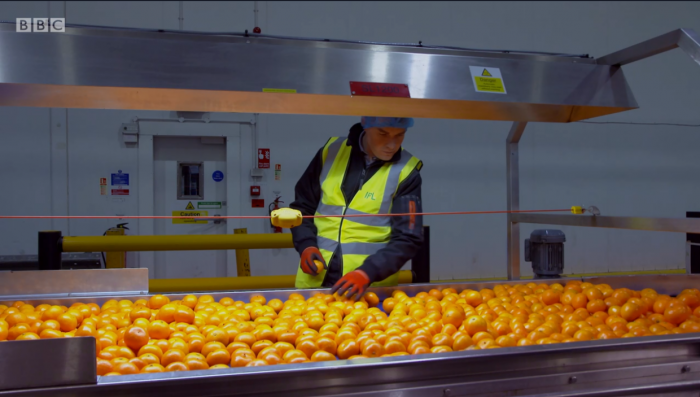 Mike was shown at our Sittingbourne site reviewing the arrival of a shipment from South Africa. Citrus is shipped in chilled containers, which reduce the likelihood of any mould from developing. However, once out of containers, any mould spores that may present within the shipment can grow, causing further damage and waste.

An initial inspection for any visible signs of growth is followed  by taking a sample of the delivery and placing at room temperature, which replicates the customers shelf, to understand the worst case of mould damage which is not visible in a chilled environment. This process allows us to detect which batches contain higher risk of mould and may require further processing. 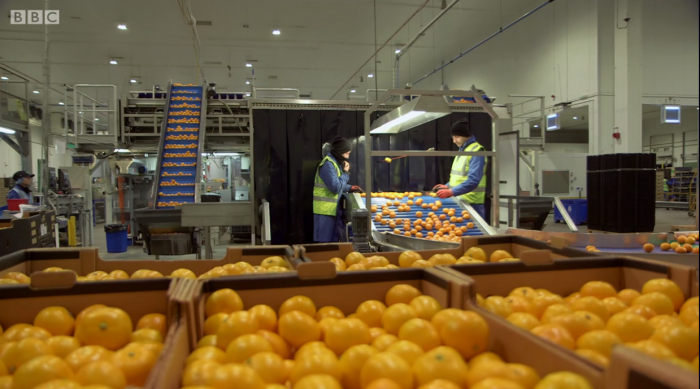 The fruit is also checked under an ultra-violet light so that we can remove any that are damaged, as mould and spores tend to grown in the punctures and holes. When the skin of a fruit is damaged, it releases a chemical called Tangeretin, which glows under ultra-violet light. 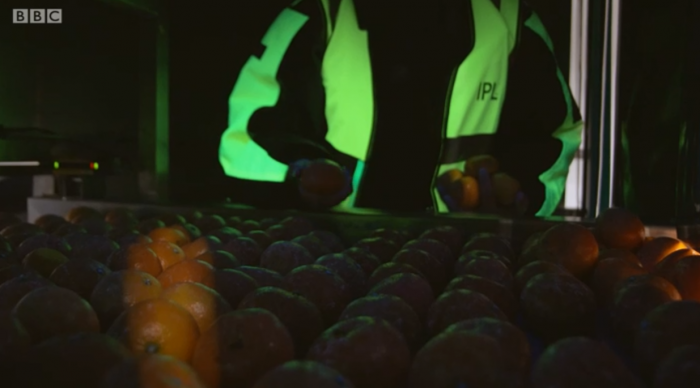 Another segment of the show focussed on how supermarkets have come under pressure for using too much plastic packaging. Mike Snell, our managing director, spoke to Gregg Wallace about retailers scrapping plastic and why Asda have left some of their produce fully wrapped.

Mike explained how respiration affects different fruit and vegetables and how plastic can dramatically increase the shelf life of fresh produce. Plants, like us, breathe in oxygen and out carbon dioxide – the faster they breathe, the faster they age and deteriorate. Fast respiring vegetables (such as spinach, broccoli and sprouts) benefit most from being wrapped as plastic slows down respiration and keeps the vegetables fresher for longer.

Head to our careers website to view our current vacancies.